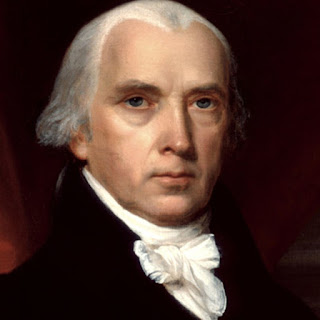 Ah…, the Sunday before the election.  Football is on television, pundits are in histrionics on the tube and perhaps a steak is grilling in the back yard, wafting its delicious carnivorous siren call through the window.  The first crispy crackle of true autumn weather has arrived, with a pleasant dip in the temperature, and everyone’s Facebook’s feeds are filled with vile and increasingly hysterical hyperbolic garbage.   It’s November!

Somewhere between all of the “Lock her up” or “Orange Hitler” posts, even a casual, non-political observer must realize one thing is crystal clear.  Come Wednesday morning, nearly half of the country is going to be convinced the nation has driven off of the edge and a bleak, dystopian future awaits.  The other half will be convinced that a Golden horizon of infinite bliss beckons since the forces of evil and darkness have been beaten back into the abyss.

And…, as always, both sides will be wrong.

Our Founding Fathers, in their infinite and often overlooked wisdom, foresaw the situation we are in today.  Contrary to the caterwauling and handwringing from the Media, this is NOT the dirtiest election in our history.  (Google the elections of 1800 or 1824 for good examples of truly DIRTY elections).  As a side note, one can only imagine what Andrew Jackson would have done with a Twitter account.  I would venture a guess, he would have made even Donald Trump blush.   Dirty campaigns are as American as apple pie, and come Tuesday night, like it or not, we are going to elect a President, just as we have every four years since our founding.    This year, as every election year, we will hear the phrase “this is the most important election of our lives!”

But, is it true?  No.  True, elections have consequences, and, who wins does matter — a little, but, the truth of the matter is, it does not matter a lot.  And we should all get down on our knees and thank God for that.  As the oldest Republic in the world, we do know how to do this well.

If Hillary Clinton is elected, America is not going to turn into Venezuela and Che Guevara is not going to be placed on the Supreme Court as the Feds seize control of the economic levers of power.

We have a system set up to stop stupidity.  We have a Legislative branch, with a house and a senate, designed to slow down the workings of government.  We have a court system to prevent unconstitutional acts by the other branches.  Regardless of party affiliation, institutions guard their power and prerogatives and will check the other branches.  Imagine a President Trump trying to impose a Muslim ban on people coming into the country — that will be thrown out in 2 seconds.  Imagine a President Clinton selling influence in the White House — that will be investigated by congress in another 2 seconds.  Our constitutional system, with all of its shortcomings and flaws, has been designed very well.  We survived a Civil War, 2 world wars and several depressions.  We can survive Clinton or Trump.  In fact, I am positive we will survive either one quite well.

No matter who wins on Tuesday, though, there are lessons to be learned.  If Hillary wins, I hope that she and her followers rethink their compulsive urge, almost like an ocd twitch, to centralize authority and control in the Federal Government.  Any such instinct should have the following thought experiment attached — would my opinion change if it were President Trump wielding this power?  If the answer is yes, then perhaps you shouldn’t do it.  Any theory of governing that assumes the other side will never win again is flawed in the extreme.  The same goes for those idiotic Republican senators who say they will never confirm ANY Supreme Court justice is Clinton is elected.  Would they feel the same if it were President Trump?

If Trump wins, and there is no scenario I can foresee where his win is not narrow, then I hope he and his supporters look at why it was close.  Clinton should have been easy to beat this year.  America is not a one-party state.  She is not a particularly engaging campaigner and, as we all know, she comes with significant baggage.

History too would lean towards a Republican victory this year.  We tend to switch the party of the President, on average, every 8 years.  Every poll shows that most think the country is on the wrong track.  All things being equal, the Republicans should have waltzed into office in 2016.  It is clear that will not happen.  A Trump victory, if it happens, will only occur on a very narrow path.

The reasons will be clear.  You cannot tell Hispanic and Latino Americans they are rapists and murderers and then be surprised when they actively vote against you.  People tend to not vote for people who do not like them.   You cannot have someone who is undisciplined and so incredibly sexist in his behavior and not expect women, (50% of the population last time I checked) react.  I know all about Bill Clinton, my conservative friends, and I agree he is a pig, but, Bill ain’t running.  Hillary is.  And, “he did it too” arguments are rarely convincing.  Republicans, going forward, are going to need to clean this up.  There is nothing about the concepts of more freedom, less regulation, reasonable taxes and pro-private sector growth policies that cannot appeal to all races, sexes or creeds.  Good ideas win.  Sadly, this has not been an election of good ideas and that is why it is close.

I hope the media learns something too.  One thing is also very clear, no one trusts them anymore.  Whatever trust they had, has been squandered.  Shrill hand wringing and obvious bias has tainted them beyond repair.  Coupling that with a technological revolution (the internet) and their doom is assured.  No one cares about them anymore.

In fact, elites of all ranks; business, media and political, should learn a big lesson from this election.  People are no longer following their lead.  A bubble has formed, and the elite are in it.  Trump, if he does win, will be seen as the giant pin to burst that bubble.   If he does lose, it will be because of his personal flaws and not because of his revolt against the elite.

We as individuals should also pause.  Elections are fun, of course, and there is always a bit of excitement in the horse race.  It is always entertaining to claim that if the other side wins, Western Civilization will collapse and fire and brimstone will rain down from heaven and destroy all life as we know it.  We do not live in a subtle age, after all, and it is great riot to get swept away in the moment.  But, there is a time to stop all of that.  That time is Wednesday.

We must resist the urge to overgeneralize and question the motives of the other sides supporters.  Everyone voting for Hillary Clinton is not a Communist or part of some bizarre Satanic conspiracy against the United States.  Everyone voting for Trump is not a reactionary racist wanting to return slavery to the country.  That is hyperbolic in the extreme, and, not only not helpful but not even close to being true.  I firmly believe that Clinton, or Trump, supporters all want the nation to succeed and for all citizens in the country to prosper.  There are just different approaches the parties take in attempting to come to the same result.   It is hard sometimes to back down from defcon 1, but we must.  People can have pure motives, but wrong ideas.   Being wrong is not the same as being evil.

But, before the election, and either disaster or glory awaits your side, I propose that everyone pause, on this glorious autumn Sunday, and pay homage to possibly our greatest founding father, James Madison.  In that diminutive body of his was packed more brainpower than probably exists in all of our political class (democrat or republican), and we were most blessed to have had him as the father of our constitution.  He recognized the fallibility of man, and planned for bad governments, not good.  It was a good bet, as it turns out, and his pessimism about the nature of man has served or nation well.

The structure he laid out in our Constitution is the reason our system works so slowly — and well.  We may not be able to “do” anything quickly, but, that cuts both ways.  We are also not able to do anything stupid quickly either, and for that we should thank him every day.

So, tonight, after dinner, I am going to uncork a nice bottle of claret (an appropriate beverage of choice for James Madison) and drink a glass in his memory.  Little Jimmy, you were a man of great foresight.  A grateful nation owes you much.